There’s a lot of talk about Toys R Us lately in light of the toy giant’s announcement that it is closing most of its stores except for those in Canada. (At least for now.) On top of that, Toys R Us founder, Charles Lazarus, died within a week of this news bomb.

Whether it’s a case of synchronicity or not, one thing is certain: this moment marks the end of an era. There will be no place left that was made just for kids. 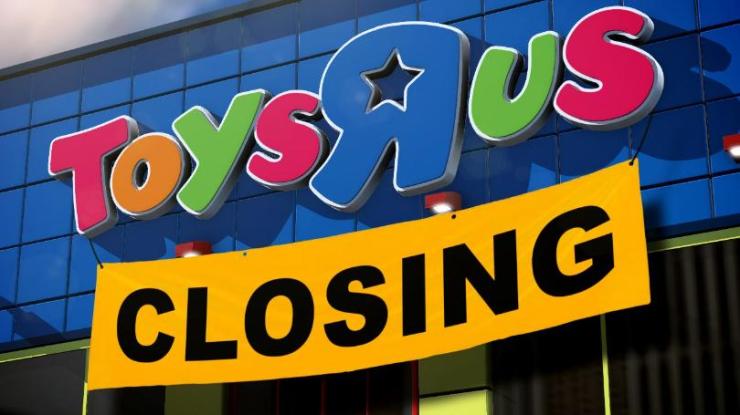 Will I miss Toys R Us? Sure, but I’ll be the first to admit that, even as the big kid that I am, I haven’t set foot in one in at least ten years. But I, like most folks who are trying to #SaveToysRUs, have fond memories of growing up and going to Toys R Us, which was always a special day. Like the Retroist said in his podcast about the history of Toys R Us, when our parents took us to Toys R Us, it was for us, versus going to a mall where there happened to be a KB Toys that we could kill time at while mom and dad bought drapes and other nonsense things for the house.

I can remember a few distinct Toys R Us moments that meant a lot to my growth, though not my growing up, and I thought I’d share those with you all now:

Transformers: More Than Meets 1984
This one’s a bit clouded by the haze of aging and fog of forgetfulness, but I remember it was the early eighties and I was losing myself up and down the Transformers aisle. I think I was searching for Grimlock, but I found my sister Renee, and in her hands, she held the paradigm of all Transformers: Optimus Prime! 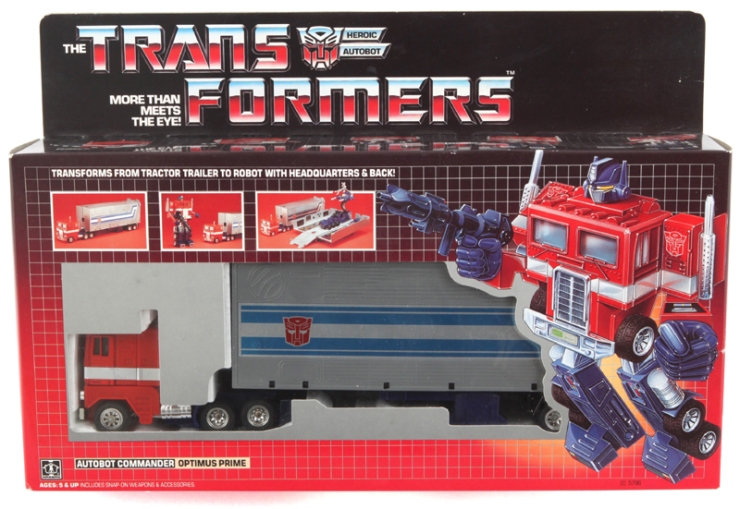 I’m talking G1 excellence, larger than my six-year old life at the time. And that’s what we went home with. Throughout the years, and after many more trips to the Toys R Us in North Bergen, New Jersey, which has been closed for some time and is now a gym of some sort, I think, right across from a Sonic that used to be the empty lot where my Dad taught me how to drive his 1970s Cadillac, I never did get a Grimlock, but I did have all the other staples –– Soundwave, Starscream, and of course, Megatron!

Video Games: “Slipping” Through the Next Threshold (1989 into the Nineties)
Another hazy memory I have of Toys R Us, which no one in future generations will ever have the (dis)pleasure of recalling, are video game slips. Remember those?

It was like a Campbellian guardian standing at the threshold between a child and the brave new world of video games. And the ultimate power that guardian possessed? The price! But of course, worse than a game that you wanted that was far too expensive for your parents to purchase was the dreaded “There’s More on the Way” message once all the slips were slipped out and the games themselves slipped into other kids’ Nintendo and Super Nintendo Entertainment Systems all across the country, maybe even the whole world.

Star Wars: The Power of the Force Was with Me (1995 – 1999)
When I was a kid and Return of the Jedi had just come out in theaters, my family bought me all of my original Star Wars action figures and vehicles from the dollar store that I believe was inside the same shopping center where our neighborhood Pathmark was located. It wasn’t until George Lucas and team re-released the original Star Wars trilogy as a “Special Edition” in theaters that I began to frequent that same Toys R Us of my youth on a weekly basis, searching for all the figures I could get my hands on. My best friend Tommy Miller and I would walk from Weehawken to North Bergen in search of the latest releases, and we got in on the ground floor. I mean, we had all the original figures, with the large lightsabers, before Kenner released the same figures with smaller lightsabers.

And yes, I had all of them, and the Shadows of the Empire figures, too.

Star Wars: The Phantom Menace (1999) – Midnight Madness!
One of my final memories of Toys R Us (yep, you guessed it –– the same one I’d been going to all my life) happened when Hasbro released the line of figures for the new Star Wars film, The Phantom Menace. I remember lining up with Tommy at around 10:30PM on May 3rd, an hour and a half before “May the Fourth” before we’d ever know that “May the Fourth Be With You” would become a thing. There was already a line, and on that line, a familiar face from high school, David Calhoun, whom I had no idea was a Star Wars fan. We waited, reconnected, chatted about Star Wars and Weehawken High gossip (but mostly Star Wars). And then, the sliding doors parted, and the madness began.

There were already some figures set up on the racks right in the entrance to the store itself. That stopped some of the rampant Jedi-hungry crowd in their tracks, but not us. No, we blindly grabbed what figures we could, but kept on going past the second set of sliding doors, where there was a gigantic spread of Phantom Menace action figures splayed out. And these figures were going fast! At one point, my basket was teeming with Qui-Gons and Obi-Wans, naked C-3PO (which I still own ’cause he looks that cool) and R2-D2, and Darth Maul, of course. At one point, the staff started dropping boxes right onto the floor, and we would grab a box (sometimes fighting for one –– it was the nineties, after all) and tear into the figures bursting out from inside, leaving doubles and triples to on the floor to be trampled by as many size thirteens as there were size two to six.

While many others were looking for the very sought after Darth Maul, Tommy and I had been fortunate enough to spot him quickly and scoop him up with our superior Jedi abilities. No, we older folks (I was about twenty-one at the time) were looking for the figure hardest to find; the one that was packed in only one out of every nine boxes; the one that held as much nostalgia for us as it did coolness since the first time we saw him and his pointy green ears.

Like Luke Skywalker himself eighteen years earlier in The Empire Strikes Back, we were search for Jedi Master Yoda.

And we would eventually find one for each of us. And that’s when we knew the Star Wars fever, at least for now, was over. It was time to check-out at 1AM with our stashes of Phantom Menace action figures.

I’ve gotta say, rereading this now, I never thought I’d spend so much time in my life thinking, let alone writing, about any of the Star Wars prequels, but this particular night and toy line in general holds a very special place in my heart, even if the movies themselves never will. (Revenge of the Sith wasn’t too bad.) But this blog post is not about bad Star Wars films or even about retro action figures. This is a piece about a store that held a special place in the development of an entire generation of children made into men who rarely lost that feeling of being a child. A store that enabled them –– us –– to always be a kid, or at the very least, to help those unfortunate enough to forget what it felt like to run through those doors and entire a world made entirely of imagination remember, even for a moment, a time before they made the chose to fully grow up.

I for one still refuse to be anything more than a Toys R Us Kid.

Matter of fact, I still refuse to grow up, period.